A mama Barred Owl has set up residence in our owl nest box again this year. Jim Carpenter, President & CEO of Wild Birds Unlimited, has hosted a camera-equipped owl box in his backyard for many years and it's time to check in on this year's residents.

Stop by often to watch the live streaming video from TWO CAMERAS at the nest box site 24 hours a day! One camera is placed inside the nest box and one is outside so you can see the owls coming and going.

Click here to launch the live stream of Owl Cam. 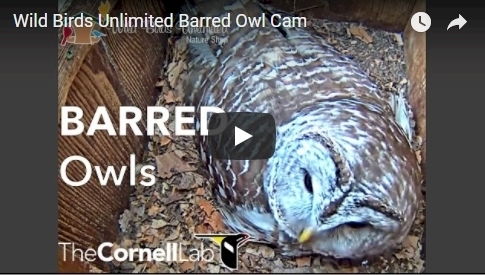